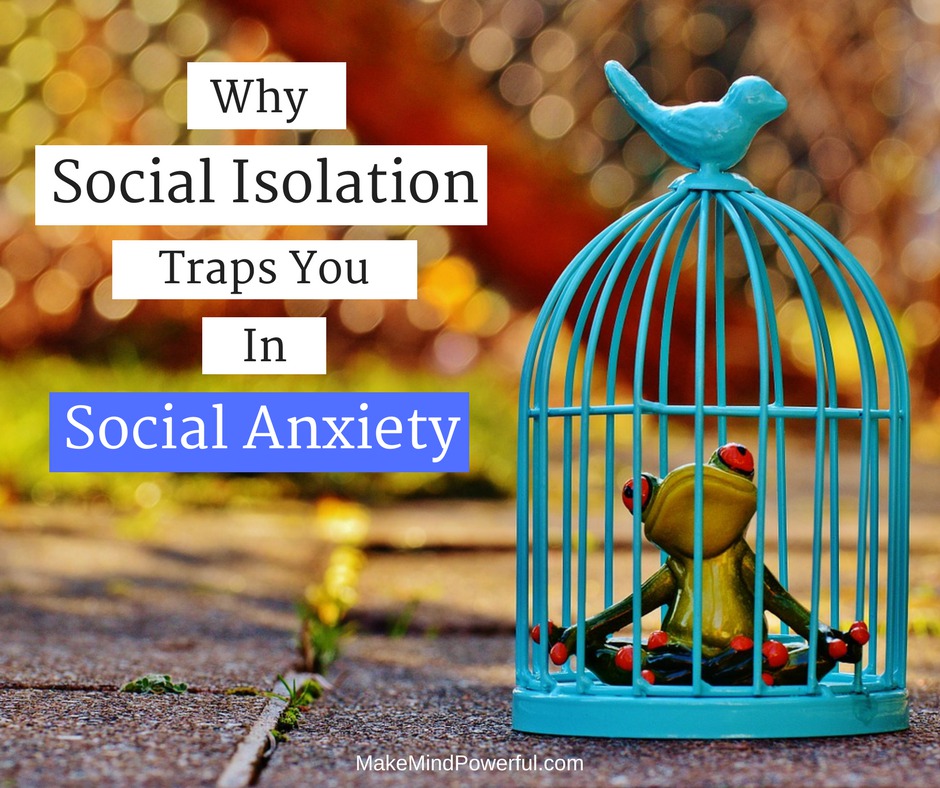 Dealing with social anxiety can be a chicken and egg situation. Until recently, I didn’t realize that self-isolation, commonly associated as one of the symptoms of social anxiety, could actually be the cause itself. Since I’ve overcome social anxiety a couple of years ago, I never thought I would have to deal with it again, especially not after overcoming the fear of public speaking and hosting a few events in 2016. I didn’t know how wrong was I, as I recently had a relapse of social anxiety and barely beat it again.

In early 2017, I felt the familiar feeling of awkwardness in social interaction, after being almost isolated from the outer world for a few months. If you’re a work-at-home single parent and spending most of your time with limited interaction with the society, it could cause a relapse of your social anxiety, or trap you in one that you’re already suffering.

I’ve seen many others who struggled with social anxiety and have tried countless remedies to no avail. Perhaps what we often fail to realize is that we may be in the way of our recovery itself. CBT, mindfulness, hypnosis and other remedies could be ineffective if we’re unknowingly inflicting the damage to ourselves.

Self-Isolation Can Trigger Social Anxiety Before You Even Knew It

It doesn’t take long for social anxiety to set in when you’re cut off from the world. It was barely four months into my self-imposed solitude that the dreaded but familiar feelings of low self-esteem came creeping again. And when I struggled with one of the first social meetups in months, I knew the old foe is back.

RECOMMENDED: How To Beat Social Anxiety And Thrive As An Introvert

Introverts are supposed to crave solitude and I’m definitely one by nature. But too much of that and you’ll find that social anxiety has taken over your life. And there is little to no warning when that happens. You’ll start to feel reluctant to leave the comfort of your home. And soon, even doing simple grocery could feel terrifying.

It took me too long to realize that the old feelings of unworthiness are back. Long enough for it to grow and trigger symptoms like blushing and stuttering when speaking up. If you’re suffering from social anxiety, you know that these are all the symptoms that you hope that you could do without.

It’s bad enough to deal with social anxiety but add depression to the equation and your life is practically hell on earth. Only that it’s of cold and darkness rather than the fiery one. Having gone through both simultaneously in my life, I’m eager to avoid another.

Read How I Finally Overcome 15 Years Of Social Anxiety

But when you are cut off from normal social interaction, especially when it’s out of choice, that loneliness could turn into depression because you just can’t find a way out for the situation you’re in. Along with depression, came deterioration to your physical health.

You’re constantly low on energy and your general health suffered. You become easily inflicted by cold or flu. You get irritated easily and has less control of your emotion. And when you show such behaviors in the limited social circle you still have, it worsens your social anxiety.

How To Overcome The Effects Of Self-Isolation

Of course, if I could have a choice, I never wanted to be socially isolated. Not after I’ve finally beaten 15 years of social anxiety and started enjoying myself with hosting events and public speakings. But sometimes, circumstances in life changed and responsibilities come first. And I was blindsided by the fact that self-isolation could bring back the social anxiety that I thought I had banished for good.

I was not ready for social anxiety to rule over me again. Nor did I have any intention for it to grow any more powerful than it has. The first thing I did is to bring back the sharpness and clarity of my mind. When you’re barely speaking to any person for long hours, it dulls your mind.

For me, the key to beating social anxiety is to raise your self-dignity to the point where it overwhelmed the low-self esteem. It has worked before and I believe it will work again. I turned back to the same techniques that have done well in beating my social anxiety for the first time, and I added a drastic action on top of it

Mindfulness is like working out at the gym and building great muscles. When you start slacking, those muscles turned into fat. I realized I have been lacking in my mindfulness practice, and I brought the habit back again. I tried to get into a few minutes of meditation when my mind is fresh and tried bringing mindfulness into daily chores. It helps, but not enough.

Self-help programs with elements of hypnosis have brought me out of both depression and social anxiety a couple of years back. Since then, I’ve purchased a specific hypnosis audio that I still use occasionally and I found it tremendously useful this time around. It empowered me with dignity and belief that I could thrive in any social situation.

I knew from past experience that if I don’t take massive action, all the good work from self-help programs would be useless. As such, I decided to register for a business sharing talk by one respected entrepreneur. I forced myself to turned out to the event and sat near the front where I was clearly visible. Risking embarrassment, I pushed myself to ask questions, knowing that I may still tremble or blush in the process.

The mere act of rebellion against the grip of social anxiety, by doing the opposite of succumbing to fear of embarrassment, helped me to overcome the relapse. It is counterintuitive, but necessary to prevent self-isolation from causing my social anxiety to grow ever stronger.

I admit my approach is too gung-ho for some, as I’ve skipped the part of ‘gradual exposure’ in this case. But sometimes we just have to be on the offensive. Perhaps, I’m just not ready for social anxiety to rule my life again. I hope that my experience could help you as well.

Do you enjoy solitude? Or are you struggling with loneliness right now? If you have any tips on how to keep your mind healthy in prolonged solitude, do share in the comment below.