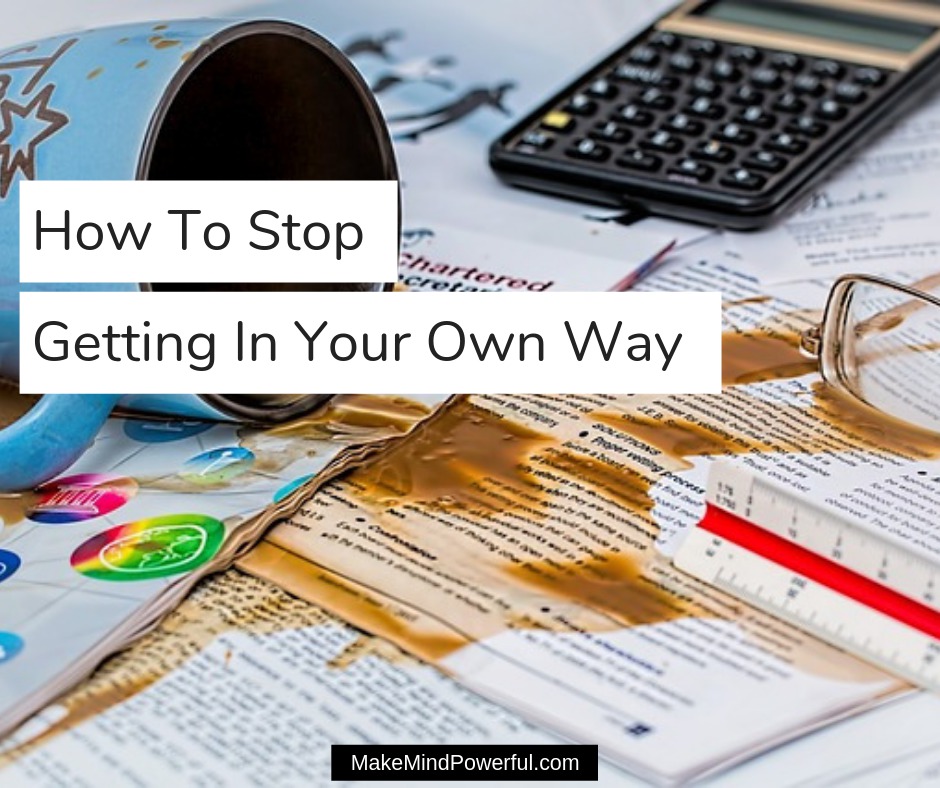 You’ve heard a billion time that you need to set goals or you’re setting up yourself for failures. So you’ve jotted down your goals; short terms, long terms, financial, career, relationship and etc.

To be safe, you’ve written down these goals, repeated them verbally and stick those goals on walls where they’ll be the first thing in your line of vision each day.

And yet you failed for the umpteenth time.

You’ve got the best process, tools and you’re highly motivated from the start. Still, you can’t help but feel that you’re getting in your own way.

The Problem Is Not With The Goals

Now, don’t get this wrong. Setting goals are important. They are useful milestones in life that help you to progress further.

Having goals keep you focused on what you do and allows you to lay out an actionable plan to achieve them. To a certain extent, setting goals reduced your chance of failing miserably.

But it’s a mistake to think that setting goals are all you need.

I’ve had my fair share of experience where I’ve created clear and defined goals, outline the steps and work my ass off, only for me to fail over and over again.

Such patterns often repeated itself in my career and business until I suspect that goal-settings are just a small part of the big picture.

Working Hard May Only Get You So Far

You’ve also heard that taking massive action is what it takes to bring you closer to your goals and that’s a truth that many wishful-thinking individuals ignored.

In all fairness, there are many other people who have worked their guts off and keep stumbling over obstacles. In other words, they have issues finding success in their ventures.

As a workaholic, I’ve had my fair share of late nights, sweat, pain, and tears. But that doesn’t guarantee success. It’s a harsh and bitter truth but one that you’ll eventually realize.

Some may argue that you’ll need to work smarter instead of harder, but I’m with the opinion that both are different sides of the same coin.

So, What’s The One Thing That’s Blocking Your Success?

You’ve heard various adages on failure, such as “failure is the mother of success’, ‘failure is your best teacher’ and ‘you don’t fail but you learn’.

But there’s an extent of failing that you’ll take before you start questioning if there’s something discreet that’s subconsciously blocking your success.

That’s the exact state I was in a few years back when I was trying to shed a light on the predicament I was in.

As a non-believer in concepts like energy-healing, hypnosis, Law of Attraction and similar stuff, I broke the rhythm and attend my first ever MindValley preview.

It brought an intense realization that the mind, or rather how it’s programmed has been the culprit of every thoughts and action that lead to the negative results.

Why Your Mind Is The Main Culprit?

Your mind, as much as you believe is within your control, is not. In other words, your mind is controlling your thoughts and actions and has been programmed to behave in certain ways.

If you’re exposed to this concept for the first time, it’s natural to be skeptical. After all, humans are naturally ego and would like to be in control of everything, including their mind.

But let’s agree about what a subconscious mind is in this context. It isn’t about having your mind controlled by an inner power that functions on its own. Rather, by referring to a subconscious mind, it is about how the mind has been conditioned to act through experience.

For example, have you noticed how sometimes you’re able to drive a car safely while you’re engrossed in thoughts? Part of our mind has been automatically programmed thorough repetitive behavior that it is almost running on autopilot.

This concept, often expounded by self-help gurus has been given due attention by David B. Feldman, a professor of Counseling Psychology at Santa Clara University. While he concurred that the subconscious mind isn’t easily proven by science, the notable effect of it in our habits are obvious, hence the increasingly popular use of mindfulness meditation in therapy practices.

Also, the conditioning of your mind as you went through various experience has been proven to shape the path of your brain’s neuron, in a phenomenon called neuroplasticity. Whether you’re aware or not, you are being conditioned by your action, speech, and thoughts daily, and strong subconscious habits are formed.

How Your Subconscious Mind Is Blocking Your Success?

It’s really hard to be aware of your thoughts when they have become your habits. But when you know what to look for, it becomes obvious how no one, but you who are guilty in sabotaging yourself.

Generally, our mind is fear-driven and it stops us from stepping beyond our comfort zone. This is a form of a survival mechanism that is present in all humans.

Now, a fear-driven mind is useful in the face of physical danger. But when your mind is trying to convince you to stay status-quo, for some unproven fears, you stop taking the necessary action.

And when you stumbled and failed, you start asking ‘Why did I fail?’, ‘Why am I always broke’ and ‘Why can’t I be successful like my peers?’.

Your mind sprung into life and starts offering hundreds of suggestions to fulfill your curiosity. You’ll be fed with thoughts like

Notice how these thoughts further satisfy your subconscious mind and ultimately become a mental block for you to progress.

You’ll also notice such negative chatters from your subconscious mind when you’re starting to set goals or create positive affirmations.

Or ‘I’m going to be a millionaire’, and you’ll get shot with a ‘No, you don’t have what it takes’.

When your subconscious mind is offering thousands of reasons of why and how you can fail, it becomes a self-fulfilling prophecy.

Why Your Subconscious Mind Is Getting In Your Way?

You can blame your subconscious mind from messing with your life, but that isn’t the best way to make things better.

I never believe that we have a negatively-charged subconscious mind to start with, but rather hour mind is conditioned during our early days of growth, environment and the people whom we associate with.

Take your memory back to school days and recall if you’ve ever been chastised for not doing your homework?

While such reprimands are often backed with good intention, the effect on your mind is unfortunately negative. Whether such words are addressed to you or others, they can be captured by your mind and absorbed subconsciously.

How To Stop Listening To Your Mind? 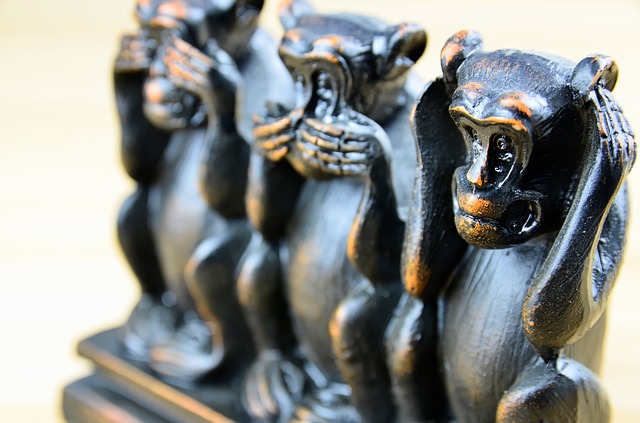 In the past few years, I’ve strived to find ways that allow me to circumvent the internal programming of my subconscious mind.

I’ve learned from self-help books and coaches. While many of these resources barely scratched the surface, I’ve had profound realization learning from T. Harv Eker and Christie Marie Sheldon.

T.Harv Eker is both an entrepreneur and a motivational coach. He has a practical no-nonsense approach that encourages discipline and taking action.

As for dealing with the negative chatters, he has a unique trick that appeases your negative subconscious.

The next time you have such a brilliant idea and you’ve heard the familiar condescending thought that says ‘I bet you’re going to fail again’ or ‘It’s never going to happen’, calmy reply to your thoughts ‘Thank you for sharing’ .

This is a simple and yet powerful action of acknowledging but not accepting what your fear-driven subconscious is telling you.

It gives room to logical consideration of the scenario and base your actions on facts.

How To Set Goals That Work?

What’s even more empowering is the simple trick demonstrated by Christie Marie Sheldon in goal-setting. She is an intuitive life coach specializing in unblocking abundance.

Often, you’re not empowered when you set goals the unconventional way. By making a singular statement, your subconscious mind retorted with hundreds of reason why you will fail.

So, stop doing the same thing that doesn’t work.

What Christie suggested is that you form your goals in questions and not statements. These questions are positively-inclined and are called lofty-questions.

Instead of saying ‘I’m going to be a better marketer’, start making lofty questions like ‘Why am I such a great marketer”?

While the former invites negative rejections, the latter invokes higher energy and you’ll start noticing how your mind reply in a positive manner.

You’ll start having hundreds of reasons why you’re a brilliant marketer.

Such reasons become the dots that you need to connect by taking massive action in order to achieve your goal.

It’s hard to get out of your own way when you don’t know why you’re constantly blocking your own path. Beneath the taking-action, processes and tools are your subconscious mind, which has been influencing your thoughts and behaviors.

You will always have a fear-driven mind but you need to know how not to succumb to it. And make lofty-questions instead of statement-based goals.

Personally, making these two changes have caused an enormous shift in my life. Try it out and let me know if you feel a positive shift when you stop influencing yourself to failure.

2 thoughts on “How To Stop Getting In Your Own Way”